Well new kid on the block, Harvey Mercadal was allowed out on his own this morning.

He disappeared over the wall into the jungle that is next doors garden.
Hmm I thought , probably be 24 to 36 hours before he decides that his new home is good.

In a flash, less than 5 minutes he was back.

He whizzed by just giving me time to see he had someone in his mouth.
He took it to the default rat station, underneath the washing line – is that because they know I will see it there and usually emit a satisfying scream ?
He dropped it, XL size I would guess. Freshly despatched.
As I went away to get something to remove it Harvey started his feast. With gusto. 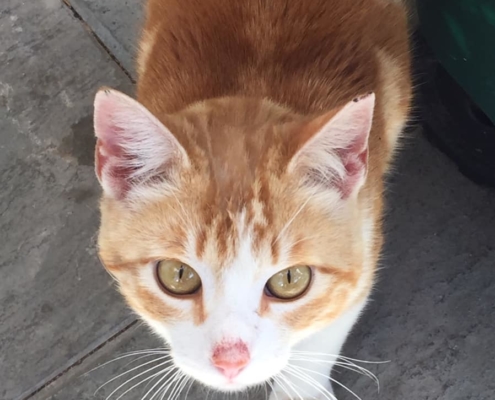 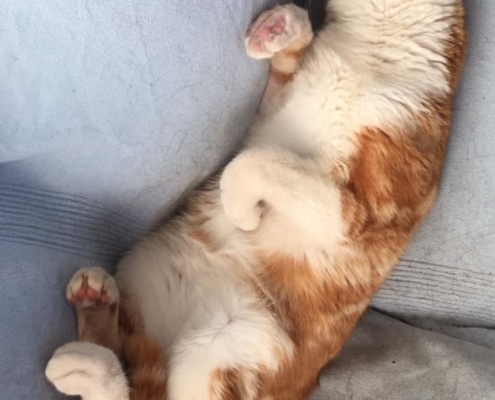 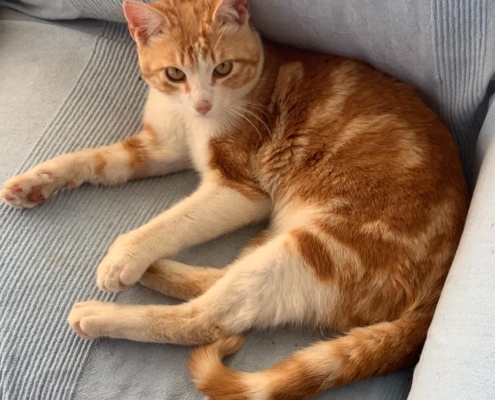 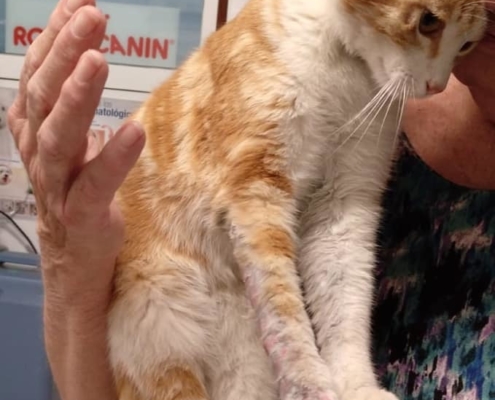 Maybe that’s what he’s been living on for some time now.
He’s about 30 percent underweight. And he has a healed broken femur. And lots of small wounds.

When I came back he’d gone. And so had the rat.
Sometime later I spotted him under an orange tree. Grabbed him by the neck and smacked his bottom. He dropped what little was left of Roland. I threw him into my bedroom and scurried back to remove rat.
Gone. Not a sign.

Was he telling me that it’s worth letting him live here?

Had to take this photo of him with a red nose. Reminds me of Katie many years ago when she stole a bowl of mussels in red escabeche sauce.

This site uses cookies. By continuing to browse the site, you are agreeing to our use of cookies.

We may request cookies to be set on your device. We use cookies to let us know when you visit our websites, how you interact with us, to enrich your user experience, and to customize your relationship with our website.

Click on the different category headings to find out more. You can also change some of your preferences. Note that blocking some types of cookies may impact your experience on our websites and the services we are able to offer.

These cookies are strictly necessary to provide you with services available through our website and to use some of its features.

Because these cookies are strictly necessary to deliver the website, you cannot refuse them without impacting how our site functions. You can block or delete them by changing your browser settings and force blocking all cookies on this website.

These cookies collect information that is used either in aggregate form to help us understand how our website is being used or how effective our marketing campaigns are, or to help us customize our website and application for you in order to enhance your experience.

If you do not want that we track your visist to our site you can disable tracking in your browser here:

We also use different external services like Google Webfonts, Google Maps and external Video providers. Since these providers may collect personal data like your IP address we allow you to block them here. Please be aware that this might heavily reduce the functionality and appearance of our site. Changes will take effect once you reload the page.