He was picked off the streets of Mercadal by Sandra Bickley who has been caring for cats in the north of Menorca for many many years.

Today our wonderful Harvey Mercadal went to start a new life in Germany. It’s always such mixed emotions when a cat is adopted in a far off land. Sadness when you know it’s unlikely that you’ll see them again but joy that someone wants them very much to adopt them.
We left home at 15.40 and by 22.30 he was being worshipped by his new slaves and looking extremely at home and relaxed.

Within moments of arriving in his new home he settled in and I have several heart warming photos to share that his new slaves sent me but to me this is THE ONE.
It made me smile.
Other photos to follow later. 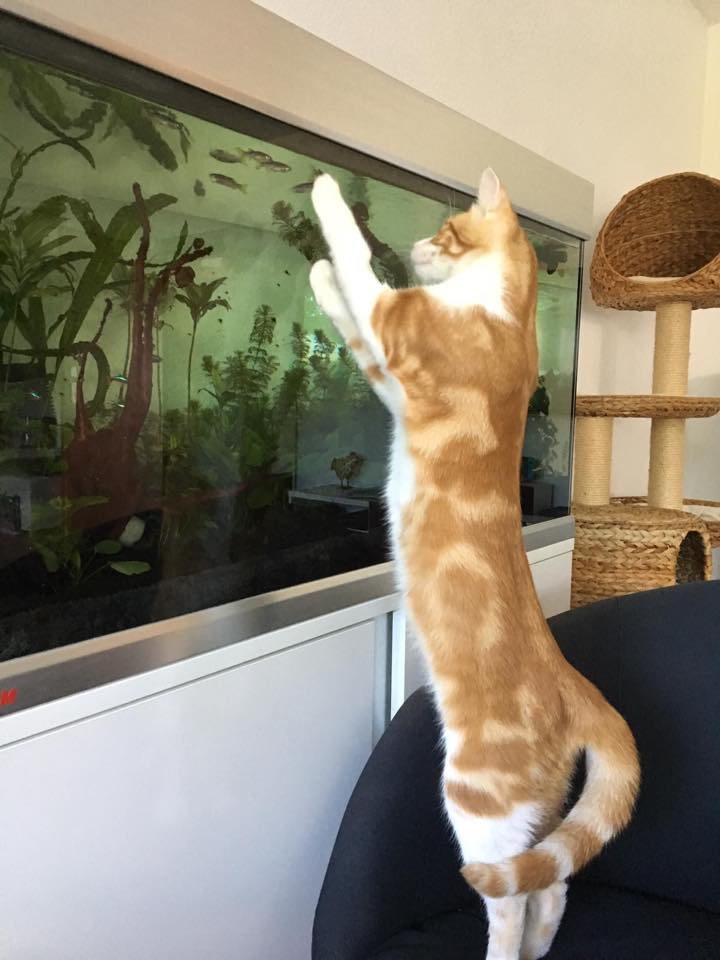 Every little helps. You can donate a one off fee or a monthly donation. You can donate using a credit card via PayPal or Virgin Money Giving.  Thank you for your support.

Bert the legend of Zorro
Scroll to top

This site uses cookies. By continuing to browse the site, you are agreeing to our use of cookies.

We may request cookies to be set on your device. We use cookies to let us know when you visit our websites, how you interact with us, to enrich your user experience, and to customize your relationship with our website.

Click on the different category headings to find out more. You can also change some of your preferences. Note that blocking some types of cookies may impact your experience on our websites and the services we are able to offer.

These cookies are strictly necessary to provide you with services available through our website and to use some of its features.

Because these cookies are strictly necessary to deliver the website, you cannot refuse them without impacting how our site functions. You can block or delete them by changing your browser settings and force blocking all cookies on this website.

These cookies collect information that is used either in aggregate form to help us understand how our website is being used or how effective our marketing campaigns are, or to help us customize our website and application for you in order to enhance your experience.

If you do not want that we track your visist to our site you can disable tracking in your browser here:

We also use different external services like Google Webfonts, Google Maps and external Video providers. Since these providers may collect personal data like your IP address we allow you to block them here. Please be aware that this might heavily reduce the functionality and appearance of our site. Changes will take effect once you reload the page.